Why is Internet Explorer security such a challenge?

This is the best brief primer on IE vulnerabilities and browser/internet exploits that I’ve seen in awhile.

It also contains some great advice for the IT pro and the typical user as well. Don’t forget to click the links within the article if you don’t understand something. F’rinstance: I didn’t know what a ‘Zero-Day Exploit‘ was.

This isn’t intended as a detailed comparison by any means and I want to keep this as short as possible.  These are all anecdotal notes: I have no technical knowledge of either OS, just practical experience.  Also, a lot of my observations are tainted by a few years of using iOS.  I invite you to explore Android on your own and tell me what you’ve learned.

This comparison is between:

The Android OS, as it plays out on the Samsung Galaxy Note 10.1, is like espresso shots, capers and William Shatner:

Android is an Acquired Taste

So, if you are planning to move to Android because it’s the only current alternative to iOS, then prepare for a steeper-than-iOS learning curve.

These are some quick observations:

So I hope these quick observations (and mini-RANTS) help….they are as incomplete and biased as you will ever see, but they come with the knowledge that having another OS on the market will always be a welcome thing.  Monopoly – government or private – destroys freedom.  And the only thing that can combat monopoly is competition.  B$

I found this through my political blogging. Amazing!

This entry was posted in Browsers, Firefox, For Non-IT Folk, IT Philosophy, TechTalk, WTF?.

That’s it.  It is OVER!  I was not happy with Mozilla’s new rapid release program.  In an enterprise environment, it is ESSENTIAL to test browsers to certify them to work with your webapps and pages.  We follow standards when we can, but we have legacy systems that can’t easily be changed to suit the needs of our users who get a new flippin’ browser ever 6 minutes. But, I was willing to try an live with it as long as it didn’t mire our helpdesk with more issues.

After two weeks of dealing with new issues that came up with the latest Firefox release at work (6.0.2), I sit here at home this morning trying to pay my bills online and clearly a THIRD of the sites can’t be rendered by Firefox.  It doesn’t matter to me in USER MODE that it’s Firefox’s fault or the website’s fault.  It just didn’t work.  That’s it…I’ve had it…It is OVER.  I will now start testing Chrome to replace Firefox in our desktop images.

What kind of world is it that would force me to use Internet Explorer?  I can’t stand IE, but at least it bloody WORKS!!

If you’ll pardon me for saying so, Mozilla: Fuck you.

This entry was posted in Browsers, Firefox and tagged Web Browsers. 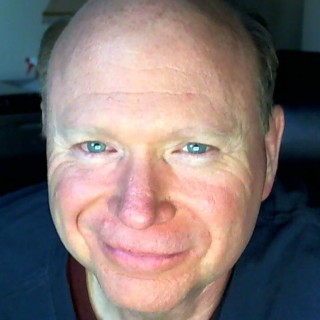 You can't calculate a market economy and you're either an idiot or despot for believing you can.